First, I just finished moving. The most troubling thing I know of is moving.

I lived in my previous home for just over five years. Which was five of the most emotional years of my life… unemployment, my immediate family moving miles and miles away, distance from some old friends and making new ones. Through that rough time, I had a fantastic roommate I always felt I could talk to or bounce ideas off of. When I was unemployed, I wrote and shared something nearly every single day of the 400+ days until I could find a new job. When I met my met my girlfriend I lived there, and while I was moving I thought for a split second that I would see her sitting on the edge of my bed when she walked ahead of me down that hallway that last time – even though I knew the room had been completely emptied. I could only hold back those tears for so long.

That may be the biggest milestone, but during the time since my last post I’ve finished a second draft of what will hopefully be my first published novel. It still needs some editing before I send it out and hope a literary agent is interested, but it’s as good as it’s ever been. The first draft took six months straight to finish, and the second (written from scratch, knowing how the story flows) took nearly another two years. I’m as proud of it as anything else I’ve ever done, and hopefully I’ll be able to share sooner rather than later that someone else is interested in it to the point I can share it, in print, with you.

Also, I met a sweetheart of a girl that I adore. I’m not going to dwell too much in here about her, since privacy is a wonderful thing, but I can say she’s a lovely young lady that makes me smile whenever I think about her. She’s the best thing in my life right now, and the fact that she smiles when she sees me is an incredible feeling I genuinely didn’t know I would ever feel. She even likes my tattoo… speaking of which, I’ve even gotten ink for the first time.

What may be the biggest adjustment in my life, though, is that I’ve decided I’m no longer going to be writing for Game Revolution. I enjoyed the freelance work I’ve been lucky enough to do with GR over the past nearly eight years, including some of the coolest moments I’ve ever had in ANY capacity, let alone a professional one; I’ve met famous people I respect (like Alexey Pajitnov, the creator of Tetris, who STILL loves his games like a little kid), I’ve traveled across the country just so I could write about a video game before its release, I’ve gone to E3 for the past six years (I used to dream about going just once!). I can spin stories about being given a beer by Stone Cold Steve Austin, or laughed at Wayne Brady playing Wii Tennis, or thumb-wresting a sitting and multiple-time professional wrestling world champion.

But what I’ll miss about my writing with GR is being able to do all of those things with my friends. Some of the most amazing people I’ve ever worked with, I got to hit up press events with, grab dinner with, even share a room for a week at a time with (also, I stayed up far too late because of, because some of them snore like it’s a competition). Swapping stories and playing video games with my friends, and I got PAID for it? A person should BE so lucky!

I know all of those things are still with me. I’ve done some work for GR I’m incredibly proud of, from reviews to previews to interviews… and even the odd sighting of me dancing to Dance Central or some random Zumba game. I still have my girlfriend by my side, and I still talk with my writing revolutionaries. And I can still contact my family, and my old roommate. I’m lucky – nobody’s actually “gone”, there’s just more distance between us all. And I’ll be cruising around for more opportunities to write whatever it is I’m called upon or capable of writing, whether fiction or criticism or some form of reporting. Nothing has really changed, though everything has changed.

But I’m still here. And if it wasn’t for all of them being as great as they are, as lovely as they have been, it’s perfectly possible I may not have gotten through it all. My writing helped save my life more than once, I’m convinced, and the better I know the people in my life, the more I want to be around to see just how great and happy they can be. And after my troubles, I’m happy to still have a bed I can call my own, and a roof over my head.

The word of the day is “grateful”. And I truly, truly am. 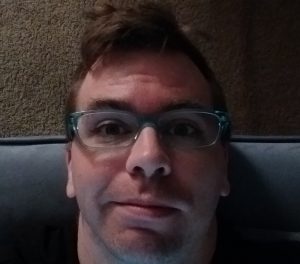 But what about the blog? I’ll be trying to add more content here over the coming weeks and months, as I’ll have more time that I won’t be writing in so many other avenues and formats. I don’t know what will show up here – maybe a review of a game or two, maybe a book or movie review, or maybe I’ll look into recording some video or audio. Everything is fair game when you feel like you’re starting over again. The best part is, after you’ve proven you can do something once, it’s a lot easier to start and succeed again.

I’m standing tall. And I hope you are too. If you have anything in particular you might want to see or hear or read from me, let me know. I’ll see what I can do for you.