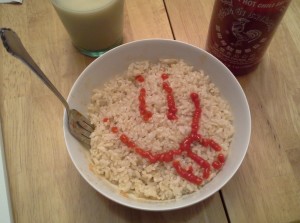 As I write this, it’s the end of a day of work, and the second day in two months I’ve felt truly able to relax without the anxiety of something I “need” to work on (for financial gain, I mean). I worked today, I was offended today, and I calmed back down after light grocery shopping today. And as I stared at my reflection in the mirror as I brushed my teeth, I started to really see myself as an “adult” – a moniker I’ve gone over thirty years trying to avoid.

I still prefer the term “grown-up”, personally. Think about it like this: when you were a kid dreaming of the things you could do when you got older, did you ever think of doing what adults did, or what grown-ups do? The difference is, “adult” is a word steeped in repetition and responsibility, while the term “grown-up” is what people were… people who rode the big roller coasters, who traveled all over the world. The people who could do anything they wanted at any time. Ice cream and cookies for dinner! Go to the arcade at the mall and just play games the whole time! No kid wants to be an adult, they don’t want that hassle!

But as I looked at myself, identifying the small scars on my face, the day’s accumulated stubble, and even the beginnings of the wrinkles at the corners of my eyes (that I’ve earned by smiling a lot, by the way), I saw myself as the rest of the world sees me: a thirty-year-old man, the kind of face that blends into a crowd, that isn’t so good at one particular thing as to earn fame from it.

Having reached this point, I’d like to tell you what I’ve learned adulthood – grown-up-hood – actually is. No more misconceptions, I think I’ve learned what being “all grown up” actually is.

It’s whatever you want it to be.

Anti-climatic, isn’t it? You didn’t actually expect the massive reveal to be some philosophical rhetoric about how responsibility shapes a person into whom they’re meant to become, or how to live up to one’s potential in acknowledging the facts of the world and conforming just enough to get by while gaming the system to make your wallet fatter and your taxes more complicated, did you?

The real answer, in my experience, is that it’s whatever you want it to be. Simple as that. The rest of the world may get your confused and explain “well it’s complicated, and blah-dee-bloo conspiracy dum-dee-dum mortgage hum-diddle-umm…”, but those people? They’re full of shit. Maybe the revel in the complex nature that they think they can understand better than you can, but very simply, they don’t know what the hell they’re talking about. Being an adult is pretty easy, in fact… if it wasn’t, we wouldn’t have so many both good and awful ones.

Taking me as an example, I’ve worked a few different jobs to pay my rent. Not all of them cookies and water slides, but usually pleasant enough I didn’t rip my hair out and throw it at people. I worked in an office, I worked on the sales floor, I worked from a coffee shop’s wifi connection, and I paid my bills with the money I made. I found a way to keep a roof over my head and still do the things I’ve wanted to do, like travel to Japan at 23 years old on my own, or try my hand at the World Series of Poker in Las Vegas at 24. I’ve worked as a freelance game critic and writer for over six years at this point, and I’ve been around talented people doing interesting work that sounds less like “world” and more like “people hanging around an office having fun (and working a little, but mostly fun)”. I’ve been told by certain people in my life about the importance of learning an economically-viable job, like how companies will “always need programmers”, after I said I wanted to either write or write about games.

I didn’t go as far out of my way as I’d been told I might need to in order to do the things I wanted. And I know I’m lucky to have the opportunities to do the things I’ve done, but I’ve also worked hard to get them, and I’ve earned further opportunities and chances from that work and dedication. It’s not simply luck that gets a person to what one might deem “successful”, especially to themselves. I’m not “successful” yet in my own mind, though hearing my sister tell me she was proud that I’d made my way in my own way has helped bolster my confidence somewhat. Hearing her tell me I was, in ANY way, successful was a great feeling. And she’s EASILY more accomplished over all than I am, not simply from her being my older sibling, but from working her ass off and taking the chances she’s decided on.

Landing the job of your dreams may be the ticket. Earning the promotion you know you deserve might be it. Creating the company you will lead forward might be your way. It doesn’t matter if you start your own business or join an established company and work there for 50 years. Being an adult is living your life the way you want it. If you’re content with getting up early and going to bed late because the work means something to you, well done. If you do that off-the-wall thing, like making fun of bad video games or writing books, do it. Why shouldn’t you?

In my estimation, there’s only the one rule for adulthood in the end: Try not to live with any regrets. Chances are we’re all likely enough to die in a hospital bed and saying “I could’ve done more”, but if you tried… you’ll have that comfort.

I’m a thirty-year-old man who’s played poker with professionals. Traveled across the country and an ocean for video games (because video games). And sometimes, I stay home alone to watch samurai movies while eating cookies for dinner. As I type this, wrapped up in a blanket my grandmother knitted for me over 15 years ago, if what I’ve said isn’t adulthood, then I don’t know what is.

And if I AM wrong, then am I glad to be wrong.

Stand tall my friends. To quote the great Ze Frank: “Life isn’t just a sequence of waiting for things to be done.”