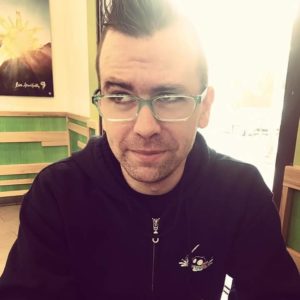 Kevin Schaller is a professional critic, self-published author, guerrilla photographer, open-mic comedian, and cool-headed chap. His first nonfiction book, A Stand-Up Primer, can be purchased from the Amazon Kindle store. Currently, he writes as a freelance contributor, and works a day job while editing and finishing his novel.