Two things happened to me today that spurred me to finally write a new post. I’d been meaning to for months, but these two things finally coalesced and brought me to the writing prompt:

Sometimes what you find you need is right in front of you, and when something else can merge into the moment with it, that’s what I would call “inspiration”.

The morning of the day I’m writing this was filled with irrational anxiety. Multiple small things entered my head and held onto it like a vice grip; irritations, frustrations, reminders of issues past, things out of my control I need to work through anyway. And I’m aware of just how lucky I am… good friends, a great relationship, I thankfully don’t have to worry as much about money as I’ve had to in years past. I have a steady and well-paying job and my own apartment, and my girlfriend is wonderful, and I even recently bought a new game system (a Nintendo Switch, which is pretty fantastic), all of which should help keep me in a state of… probably not “euphoria”, but “contented comfort”.

But this morning, I woke up to everything feeling “wrong”. My apartment felt off. My work-mind was off. My dreams of publishing felt wasted. I felt like a failure at 33 and I’m still in the middle of trying to bring whatever I might have to bring to the world, but it didn’t feel like enough.

I know where part of this came from, and it’s messed me up for a few months now: a particularly nasty and hateful email from a certain family member I’ve since cut off contact with. In it I was subjected to insults and half-truths from a family member that knows nothing about the person I am, but has made plenty of assumptions about both my mindset and character. I was told my relationship would likely go sour and I’d be dumped; that they had seen no evidence that I was working to be a good/better writer and that any writing I’ve done so far was miniscule and insignificant. That I was pretentious for how I responded to other messages from other people. Even that I advocated violence, which is not only false, but as far from truth as anything I’ve ever heard.

All of that crashed into my head this morning, all of that combined with my own occasionally-crushing and renewing anxiety. I’m a man that believed they can always be doing more, and that I SHOULD always be doing more. Writing more, working harder, getting more done. And as much as I was reminded that they had no idea how much I try to give back to those who care about me and those who need help, the lingering sensation of that disrespectful, angry tirade stayed in my head.

And then, I walked by that Lamy store. A place I didn’t know was there until just today, filled with the beautiful fountain pens I promised myself I would buy once I had sold a story. With the lyric ringing in my mind, “Don’t hold me up now/I can steal my own crown/I don’t need your help now/You will let me down.”

My head perked up. My eyes narrowed. My drive, which had admittedly waned slightly in the face of time and frustration, renewed. I have a few fundamental life principles; one is to leave the world better than I found it. Another is, as I like to say, “fuck yo’ gender norms”. (I have lunch tote bags with cute animals on them from my local Daiso Japan shop, and they’re AWESOME). And yet another is to be better than I was yesterday… smarter, faster, stronger, more driven, more accomplished, more secure in their own skin.

In a way, this is an open letter to the person who insulted me. They know who they are, and if they’re reading at all, they’ll likely be pretty pissed off by some things here. But for my own mental health, allow me a moment to address them directly:

It’s not my fault you never seemed to achieve your own dreams and that you’re ashamed that I’m actively, doggedly, striving for mine.

It’s not my fault your past relationships have failed because of your insecurities.

I’m not a bully for having stood up against what I felt was an attack on my character.

And thank you. Not only for helping drive me, from your being an asshole, to achieve my dreams. But thank you for being responsible for creating two children, both of whom have ended up kinder than you are, more driven than you are, because of a woman who is unambiguously both smarter and a better parent than you have ever remotely attempted to be.

To anybody else reading this: don’t let ANY jerk stand between you and what you strive to be. Be better tomorrow than you are today. Be welcoming to change in both people and environment, especially with those who look up to you. 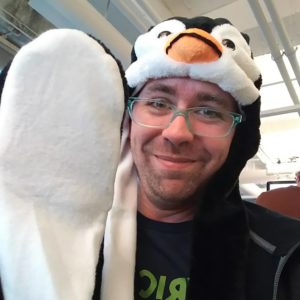 Stand Tall. Be great. And don’t take any bullshit from those who try to blow out your flame.