About a week ago on Game Revolution, I shared before E3 2015 a few of my stories from previous events. These stories weren’t exactly the most flattering for me I admit – poking fun at a celebrity, calling another out for cutting in front of me in line, and crashing the cabana of yet another famous and talented person (I tend to only make a TOTAL ass of myself in front of famous people, like Alex Borstein of MadTV and playing Lois Griffen on Family Guy). This year, in surprising fashion, I was actually able to confront the celebrity I had directly addressed, and in turn, make an ass of myself in a mutually-assured deprication.

This time, it was Kevin Pereira.

On August 6th, 2005, I answered an open casting call for a television show in San Francisco. The reason I can remember that date so clearly was for two reasons:

With the open casting call came the plethora of nerdy nerdiness in tow (myself included). The show was Attack of the Show! on the now-defunct G4 network, with a focus on technology, gaming, and “looking for lolz” online. Kevin Pereira was a host of the show, brought over to AotS! from the TechTV/G4 merger a few years before.

I showed up wearing a wearing-out Classic Gaming Expo t-shirt, a barely-addressed Van Dyke facial hair configuration I thought was cool for some reason, what I call now a “mostly-mullet” haircut, and sporting a pair of the ugliest and darkest sunglasses in the history of ugly and dark sunglasses. I wasn’t just a hot mess, I was a boiling, disgusting, unwashed member of the masses. I was among my own kind, but even among them I might have stood out for my questionable appearance.

While in line, a camera crew for AotS! walked up and down, looking for people to interview about the possible position. They would stop, ask a few questions, and then move down the line further. They stopped on me, asked about my qualifications, and I blurted out something like “I play a lot of old games they are fun this is fun I am happy to be here”. (I was a witty bastard, even then.) They left me, went forward, and on their way back I was chatting with another person in line, and I let slip the phrase:

“His job is TOTALLY in jeopardy.”

The crew stopped, then walked to me with smiles on their faces. “Could you repeat that for us?” they asked, pointing the camera. And I obliged.

“Kevin, your job is in jeopardy!”

I think my pointing at the camera helped make that point. A point that I was not qualified to make.

I interviewed, enjoyed the rest of my birthday, and waited for the segment to air. Then, found myself in the segment twice – once with my “qualifications”, then again with “Kevin, your job is in jeopardy!” And afterward, Kevin Pereira responded directly to my statement, though not to me. He laughed, I laughed from home, and I tell people that story when anyone brings up a 21st birthday.

Fast-forward almost exactly ten years later, and I’m walking between meetings at the Electronic Entertainment Expo. My fifth E3. The holy grail from my youth that, had I gotten that gig in television, would have been attended years before my first actual time. And I find Pereira, fresh off talking to someone else, so I jumped at the chance to talk to him.

“Kevin? Can I tell you something really quick?”

He said sure, go ahead.

“About ten years ago, during the casting call in San Francisco from Attack of the Show!, there was a guy that said ‘Kevin, your job is in jeopardy.’ Well, that was me, so I thought I might apologize.” It was said with a big smile on my face. Not a sorrowful apology, but in my mind it was an acknowledgement that I had called him out without any back-up on my part.

He laughed. “You weren’t wrong!” he shot back, shaking my hand. 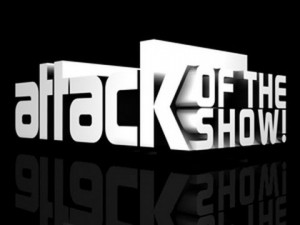 I find this funny, but I’d like to think it also means something to me on both a personal and professional level. Ten years ago I dreamed of making at least a part of my life about video games, reporting about them and talking as a professional about them. That show try-out was, in a way, the very beginning of my getting to the point I’m at now, having covered my fifth E3 and still going strong. Three years after that I went to Tokyo and covered Tokyo Game Show, then the Video Game Awards in LA, and then my first published video game reviews for Game Revolution.

As a result, I see Kevin Pereira as someone who I called out, then in my own way has grown to see as someone still higher up the chain than me, but still as a sort of equal in the grand scheme of video game coverage. I write, and he’s on TV, but we do some of the same work, and with my tendency to look people in the eye and refuse to acknowledge someone is “better” or “worse” than I am he is on the ground just like I am. And knowing that, and shaking his hand as someone with a “Media” badge hanging from my neck, I can’t help but feel a level of pride in getting to that point following the route I took. It might’ve taken me ten years to reach where I’m at, but it only makes me prouder that while I failed in that try-out, I still made it to my goal, and I did it MY way.

So, fellow Kevin, it was a pleasure shaking your hand, and I hope to see you around and chat with you a bit to let you know that you’ve had an impact on me in this way. And again, sorry for calling you out… but damn it felt good at the time!

Stand tall friends, and may your good stories come full-circle!